Spain is home to Flamenco music and bullfighting, borders Portugal and France, manages one of the busiest ports in the world, and offers several island destinations for the adventurous traveller. When visiting Spain, one does not need to go all the way to the island of Ibiza to soak in all the sun and experience all the awesomeness of the Mediterranean. The Southernmost territory, or “nationality” of Spain known as Andalusia, offers all the Mediterranean-blue one needs. It is wrapped in some of Europe’s most consistent sunshine and pleasant climes, backed up against the Sierra Morena Mountain range and seasoned with an unmatched multi-cultural diversity found nowhere else in Europe. Andalusia is the perfect place for family vacations, group tours and student educational tours. 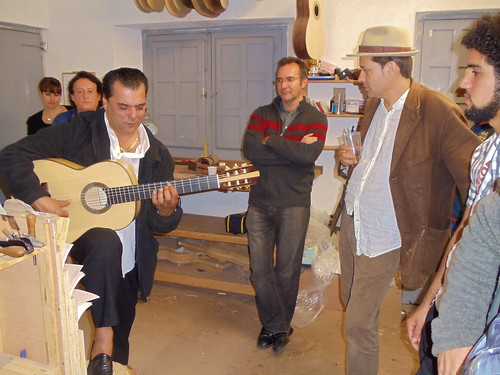 Andalusia is green and white, like the colors of her flag, but she’s also Mediterranean-blue. Discover a perfect combination of city, farmland and sea. The city of Granada sits only 40 minutes from some of the most amazing beaches on the Mediterranean. You could spend the morning enjoying a light breakfast in the Plaza Mayor of Granada, then zip through the countryside for an afternoon of beach activities, such as building castles on the pristine sandy beaches of “Costa Tropical,” with enough time to get back and watch the sun set into the grain fields of Granada’s high plains.

Andalusia is multicultural. The history of Andalusia, likely because of her location on the straits of Gibraltar, has been forged from many nations over the years. Andalusia has been home to Carthaginians, the Romans and the Vandals, the Visigoths, Jews, Christians and Muslims. She has seen her share of war, fallen rulers and new leaders in their place, the wake of which has left her a patchwork of art and architecture, stretched out over the land. 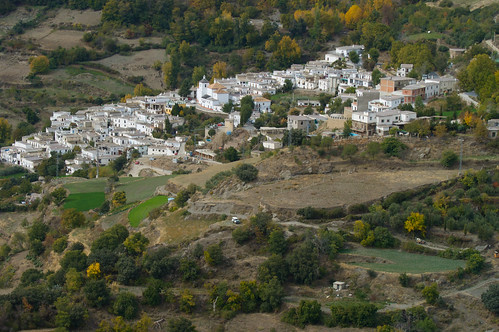 Andalusia has a range of biodiversity. From her network of rivers, perfect for kayaking or fishing, to her snow capped Sierra peaks, high above the Mediterranean Sea, there is something for every taste in outdoor adventure. The rain in Spain may fall mainly on the plain, but in Andalusia the climate is warm, with plenty of sunshine. The average temperature ranges from 15.1 °C (59.2 °F) in Baeza to18.5 °C (65.3 °F) in Málaga. Due to this climate, Andalusia is home to more than 60% of the vertebrate species in Spain. Andalusia is also on the migratory route of many of the numerous flocks of birds that travel annually from Europe to Africa and back. 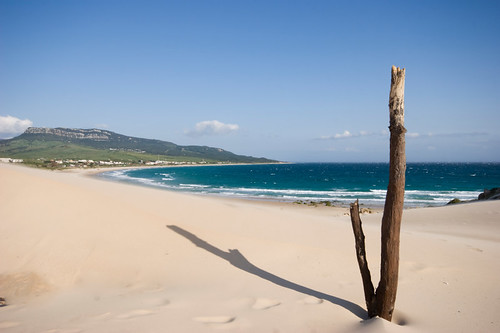 With so much to do and see in Andalusia it would be easy to get lost. An alternative to travelling with a group of strangers, is to embark on tailored Student Educational Tours, where the elements of Spain and Andalusia are wrapped up in context and meaning by a guide. A guide can connect the diverse elements of the travel experience with the often overlooked elements of your surroundings, by baking in “teachable moments” that fuse the overall adventure with context.

When you travel through Spain, make sure to see Andalusia, but instead of checking boxes on guidebook-recommended landmarks, see her in a way which will stay with you forever. From the mountains of the Sierra Morena to the endless blue Mediterranean Sea, don’t just take pictures of Andalusia, but take her story with you. Learn about the diversity of her people, and experience all that is her biodiversity, but bring Andalusia home with you in a way that can’t be packed into your bag. Carve out lasting memories and carry her in your heart.

Crawford Hill is the owner and director of Chill Expeditions, an educational travel company focused on cultural immersion. An expedition leader, former biology teacher, and educational innovator, Hill has been guiding students and adults on wilderness adventures since 1974. Over the years, Hill has led thousands of students and families on experiential learning trips to Costa Rica, Belize, the Galapagos Islands, Peru and Spain. Hill revels in the opportunity to be able to work with students and families across the country with the world as his classroom.